Insane 51 is a 26 year old Greek muralist, based in Athens, one of the pioneers of 3D pieces of art. Firstly, he started in 2007 as a graffiti writer and since then he has never stopped doing what he wants.

Nevertheless, this street artist isn’t an ordinary artist who plays around with a can of spray and scribbles on walls. He is known for his street art in 3D, an art which is called «Double Exposure 3D».  Indeed, depending of the colour of the light it Will be a figure or another. In this particular case, if you put the blue light you’ll observe a girl, moreover, if you put a red light you’ll appreciate a wolf. As you can see in the pictures that we add under the article you’ll get astound.

He has participate in various festivals in Europe and all around the world, Lobart Festival, Thessaloniki Street Art Festival, Hip Hop Shop Graffiti Jams…

However, Insane 51 has also painted 2 canvases for the biggest Street Art museum in Europe, called StreetArtToday, and located in Amsterdam.

Insane 51 is an specialist in realism and photorealistic portraits combined with 3D and illusion effects. 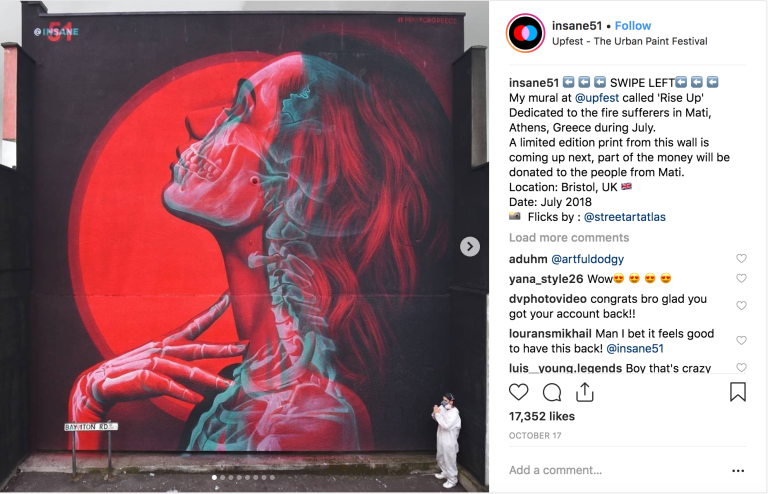 Here you can appreciate the most recent work he had done. It is a mural which has been done at @upfest, and which is called «Rise Up». As you can see in the legend of the pic, the artist wanted to make a dedication to the fire sufferers in MATI , during July 2018. This fire left 87 people death and more than 172 injured, thousands of vehicles and houses were destroyed, leaving Mati and nearby villages compleatedly damaged. 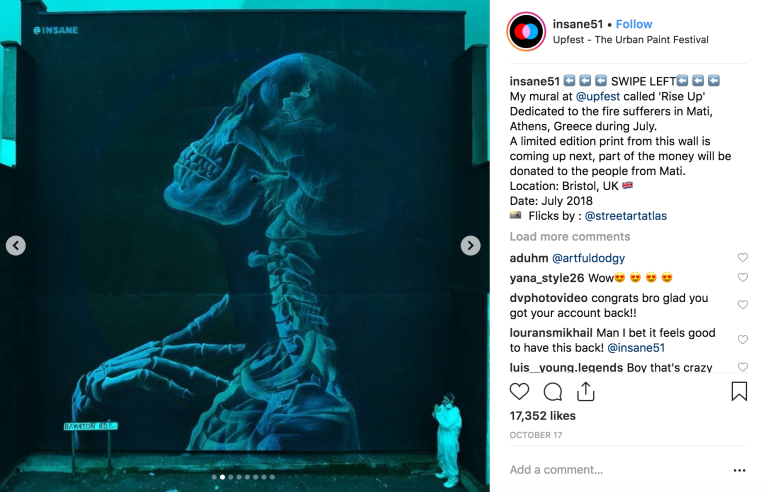 Finally Welcometothestreet will INTERVIEW  him soon, stay tuned to get more information about this amazing street artist, Insane51 – Stathis Tsavalias.